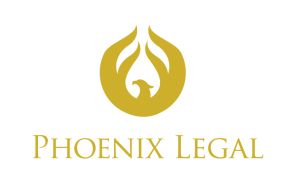 India: Make In India- On The Menu For Growth In The Indian Food Sector

by Kripi Kathuria
Phoenix Legal
0 Liked this Article
Follow this Topic
To print this article, all you need is to be registered or login on Mondaq.com.

The Government of India, pursuant to the recent liberalisation of the food processing sector, has taken steps to encourage the increase in investment in the food processing sector. Apart from the various policy decisions taken by the Government, which have accelerated the investment in the sector, there are other demographic and economic factors such as the rapid rise of urbanisation, growth in income levels, change in food habits and the transformation towards a fast paced digital economy, which have also contributed to the growth.

An assessment of the projection trend reveals that the ambitious steps taken by the Government, have not only attracted the big retail giants, but investments are expected from mid-level foreign retailers. In fact, unexpectedly, the centre of attraction for investment by new entrants has not been limited to the metropolitan cities, but has also flowed towards the tier I and tier II cities

Although, the approval faced delay due to the abolition of the FIPB, the process for granting approval was taken forward by the Department of Industrial Policy and Promotion under the Ministry of Commerce and Industry.

The proposals filed by Amazon, Grofers and Big Basket have now been granted the approval by the Department of Industrial Policy and Promotion. This go-ahead from the authorities, will allow the companies to open food only retail stores to sell food products under their own brand, and procure food items from third parties, however, subject to the conditions of single brand retail trade, including the applicable local sourcing requirements.

Other investments witnessed in the recent past, include, the launch of 'Frooti Fizz' by Parle Agro Private Limited, in succession to the original well-known drink 'Mango Frooti'. The former is proposed to be retailed across 1.2 million outlets in the country, as Parle intends to increase its annual revenue from Rs. 2,800 crore (USD 0.42 billion) to Rs. 5,000 crore (USD 0.75 billion) by 2018.

With the booming demand in organic food and delivery services, overseas retail companies such as Danone SA plan to focus on the nutrition business in India with the aim to double their revenues in India by 2020. While, Uber Technologies Inc. has launched Uber EATS, a food delivery wing, with investments made across multiple cities and regions.

Though primarily the efforts of the Government have been towards liberalising the foreign investment norms, they have not been limited only to the reforms brought about in the level of FDI in the food processing sector.

The MoFPI, responsible for formulation and administration of rules and regulations relating to food processing in India, has taken transformational actions to address the issues relating to employment in the rural sector, creating an export surplus and trigger a demand for processed food.

Some of the prominent initiatives which have been taken include-

The steps taken by the Government have definitely been successful in generating interest of big and mid-tier foreign retail giants in investments in India, which is also indicated by the whopping increase in the FDI in the past two financial years. This has provided foreign entrants with a comprehensive platform to conduct their business with ease.

However, some concerns have been raised by overseas retailers looking at India for potential investments, specifically on the limits put in place on the scope of products. The limits on sale of only food items, is not viewed as a very feasible business opportunity by major retail companies such as Walmart, Tesco, Metro Cash and Carry, Auchan Group, which have shown interest in driving their investments towards non-food items (such as household and personal care items) as well. Keeping in mind the interest of such companies, the MoFPI has formulated proposals which would allow the companies to increase their scope of business to sale of non-food items.

Increase of investments in the retail sector has strongly impacted the economic development, leading to increase in employment opportunities through different levels of the economic strata, while also supporting the lack of adequate infrastructure in the agrarian economy. This has led to creation of a balance which is focussed on providing an economically healthy environment to foreign investors and at the same time aiding to the domestic concerns relating to employment and other growth opportunities.

This article was first published in IACC- 14th Indo US Economic Summit (book).