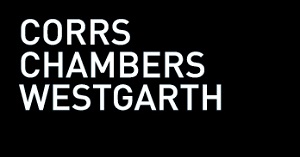 Australia: High Court says no implied duty of trust and confidence in contracts of employment

In a much anticipated decision, the High Court of Australia has unanimously ruled that contracts of employment in Australia do not automatically include a mutual duty of trust and confidence: Commonwealth Bank of Australia v Barker [2014] HCA 32 (10 September 2014).

Mr Barker was a long-standing employee of the Commonwealth Bank of Australia. In March 2009 he was informed by the Bank that his position as an Executive Manager in Adelaide, South Australia, would become redundant in consequence of a corporate restructure.

Mr Barker's last day of work was 2 March 2009. Thereafter, he entered a 'redeployment period' during which he and the Bank were meant to explore redeployment opportunities for him. Due to the fact that his access to his Bank email account had been cut off on 2 March, Mr Barker did not receive certain communications relating to redeployment opportunities in a timely manner. Eventually, his employment was terminated by reason of redundancy on 9 April 2009. At that point he received a redundancy payment of $182,092.16 in accordance with his contractual entitlements.

In November 2010 Mr Barker initiated Federal Court proceedings against the Bank. Amongst other things he alleged that the Bank had breached an implied term in his contract of employment to the effect that the Bank would maintain trust and confidence in him, and that it would not do anything likely to destroy or seriously damage the relationship of trust and confidence without proper cause for doing so.

At first instance, Justice Besanko agreed that Mr Barker's contract of employment contained a term of mutual trust and confidence, and determined that the Bank's failure after 2 March 2009 to take meaningful steps to redeploy Mr Barker amounted (among other things) to a breach of the implied term. He went on to award damages of $317,500 in respect of that breach.

The Bank appealed against this decision, and by a 2:1 majority (Justices Jacobson and Lander: Justice Jessup) the Full Court of the Federal Court upheld the decision at first instance. The Bank then sought, and obtained, leave to appeal that decision to the High Court of Australia.

THE DUTY OF TRUST AND CONFIDENCE

The duty of trust and confidence upon which Mr Barker sought to rely originated in the United Kingdom in the late 1970s in the context of then recently-introduced statutory protection against unfair dismissal. According to the relevant statutory provisions one of the circumstances in which an employee could claim to have been 'dismissed' was where he or she terminated their contract of employment, with or without notice, 'in circumstances such that he is entitled to terminate it without notice by reason of the employee's conduct'.

In order to put flesh on the bones of this statutory protection against 'constructive dismissal' the British courts came to recognise that it was 'an implied term of the contract [of employment] that the employers would not, without reasonable and proper cause, conduct themselves in a manner calculated or likely to destroy or seriously damage the relationship of confidence and trust between the parties' (Courtauld's Northern Textiles Ltd v Andrew [1979] IRLR 84, 85). The existence of this implied term received the imprimatur of the House of Lords in Malik v Bank of Credit and Commerce International SA [1998] AC 20.

These decisions had the effect that in the absence of express provision to the contrary, all contracts of employment in the UK contain an implied duty of mutual trust and confidence.

Despite the lack of formal recognition (until recently1) of the concept of constructive dismissal, Australian courts and tribunals, when exercising both common law and statutory jurisdiction, have long recognised that employees who resign from their employment in the face of inappropriate conduct by their employer can establish that they have been 'constructively dismissed'. By and large, however, they have done this without recourse to an implied duty of trust and confidence.

Nevertheless, some Australian courts and tribunals have shown a willingness to follow the British courts and tribunals, and to treat the mutual duty of trust and confidence as an implied term of contracts of employment. Others have not been prepared to go down that path. The latter group have now been vindicated by the High Court.

The primary question raised by the appeal was whether, under the common law of Australia, employment contracts contain a term that neither party will – without reasonable cause – conduct itself in a manner likely to destroy or seriously damage the relationship of trust and confidence between them.

Although the five members of the High Court who heard the Bank's appeal were unanimous as to the outcome of the appeal in Barker, there were some differences in emphasis as to why the implied term should not be regarded as part of contracts of employment in Australia.

In their joint reasons, Chief Justice French and Justices Bell and Keane appear to have been motivated by two principal considerations:

Their Honours decisively rejected the suggestion that the implied duty should be regarded as 'a particular application of the duty to cooperate, which applies to contracts generally' (para [37]). In part this was because, unlike the duty to cooperate, the implied term did not meet the test of necessity as outlined above. It was also because the implied term appeared 'at least in part, to be informed by a view of the employment contract as "relational"'. This was seen as 'a characteristic of uncertain application in this context'. In other words, their Honours appear to have been concerned that recognition of the implied term would introduce an unwelcome element of uncertainty into the interpretation of contracts of employment.

French CJ, Bell and Keane JJ also decisively rejected the suggestion that the implied term could be regarded as a restatement (what Justice Gageler (para [116]) described as a 'mutualisation') of the duty of fidelity, which is already an implied term of employment contracts in this country.

Justice Kiefel also placed chief emphasis upon the necessity issue, and found that the implied term did not meet the Byrne test. Interestingly, however, her Honour did not appear to share the concern that recognition of the implied term might usurp the role of the legislature. Not only did her Honour not rely upon this concern, she did not even mention it.

Like the other members of the Court, Justice Gageler saw the matter (para [114]) essentially in terms of whether the implied term could be seen to be needed for 'the effective working' of contracts of employment. He concluded that it could not.

In the course of his brief opinion, his Honour expressly endorsed the strong dissent of Justice Jessup in the Full Court in Barker. In particular he noted:

THE EFFECT OF THE DECISION

Self-evidently, the decision of the High Court means that any employee or ex-employee who finds themselves in a situation such as that which confronted Mr Barker would not be in a position to maintain an action in damages based on the employer's breach of an implied duty of trust and confidence.

By the same token, the decision also means that an employer would not be able lawfully to dismiss (and/or recover damages from) an employee on the grounds that the employee had breached the duty of trust and confidence which they owed to the employer.

This does not mean, however, that employers or employees now have carte blanche to treat one another in a manner which indicates a lack of trust or confidence.

On the contrary, there is a broad range of legislative provisions which have the potential to render unlawful conduct which would also have been encompassed by the implied term. This would include the unfair dismissal, general protections and anti-bullying provisions in the Fair Work Act 2009 (Cth); State and Federal anti-discrimination legislation; and Federal and State workplace health and safety legislation.

There are also a number of implied terms in contracts of employment which could cover at least some of the same ground as the implied term. These include:

It is important to appreciate that just what these implied terms will require will vary from one situation to another, and will invariably be subject to modification by express terms in the contract. The point for present purposes is that the existence of the implied terms serves to highlight the fact that, despite the High Court's finding that there is no implied duty of trust and confidence in contracts of employment in Australia, employers and employees do owe each other duties which make it unwise to treat each other in a manner which might otherwise be characterised as indicative of a lack of trust and confidence.

Finally, it is also important to appreciate that although the High Court determined that there is no implied term of trust and confidence by operation of law in Australian contracts of employment, it is still possible for such a term to be implied in a particular contract by fact. That is, there may be circumstances where the parties have expressly or (more likely) impliedly contracted in such a manner as to create a contractual duty of trust and confidence.

This could arise, for example, where an employer's policies and procedures contained generalised statements about employees and/or the employer treating each other with respect, demonstrating high levels of trust and confidence in their dealings with each other, and acting in good faith towards each other. If such policies are expressly or impliedly incorporated in the contracts of employment of the employer's employees then a specific duty of trust and confidence could be found to be part of the contracts of employment of the employees concerned.

In Barker, French CJ, Bell and Keane JJ – and Gageler J – expressly left open the question of whether a term of trust and confidence could be implied in fact in the circumstances of that case, and whether there was a breach of any such term if it existed.

The potential exposures suggest that a prudent response to the decision in Barker would be for employers to review all of their policies and procedures, and contractual documentation (such as letters of offer), to: